Born and raised in Scarborough, ON, Canada, Wayne Simmonds of the Philadelphia Flyers dreamed of playing professional hockey in the NHL since he was 5 years old. As he grew up, however, it became more evident that talent alone could not bring him closer to his dreams.

A huge barrier Simmonds faced is one that youth all over the world encounter: the high cost to participate in organized sports. In a humble upbringing, hockey was unaffordable for the Simmonds family and could not be a financial priority. This however did not stop Simmonds from believing in his passion for the game. The spark in his eyes every time he touched the ice was visible to anyone around him. Simmonds’s love, obsession, and motivation for the game inspired others to assist him in reaching his goals. Through the support of the local hockey community, Simmonds was provided with the essential tools and means that enabled him to grow and develop into the exceptional athlete that he is today.

Founded in 2012, Wayne’s Road Hockey Warriors (WRHW) was designed to provide opportunities to kids in the Scarborough community. Inspired by Simmonds’s success, his best friend Brandon Sinclair saw the impact such an expensive sport can have on Scarborough’s youth and together they decided it was their turn to make a difference. The WRHW hockey tournament allows kids ages 8-12 to play an expensive sport they may not have had the opportunity to play before. As hockey enrollment in the Toronto area continues to decrease due to its high cost, many talented players are left without the chance to pursue their goals and dreams, like Simmonds did.

The generous support of his community afforded Simmonds with the ability to pursue his hockey goals in his native province of Ontario, and the next step was the NHL. Despite the constant reminder that the odds were against him, he focused on his vision and dreams, and reminded himself he was the only one in control of his destiny. With the support of his teammates, coaches, friends and mentors, Wayne Simmonds was drafted into the NHL in 2007.

By raising funds through an annual hockey tournament, charity events, and community support, WRHW strives to provide underprivileged youth the means and opportunities to play hockey. Their mission is to offer support and opportunities for youth to believe in their dreams and see them come true. Through fundraising and community relationships, they inspire youth to set goals and achieve dreams that may at first seem impossible.

Like his greatest mentor and hero Herb Carnegie, Simmonds believes in using his story and success to inspire kids to follow their passion—despite what other people think. He is a role model of success, proving you can achieve anything if you stay focused and work hard. He is beyond grateful for the chance he was given, and is honored to share the same life-changing opportunity with other youth in the community.

With a World Junior Hockey Championship gold medal, 5 NHL seasons under his belt, and a prosperous career ahead of him, Wayne Simmonds, together with his Wayne’s Road Hockey Warriors, will continue to pass along his wisdom to inspire kids to follow their dreams too.

SHOW SOME HEART: The Story of Wayne’s Road Hockey Warriors from Logan Swinkels on Vimeo. 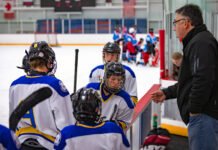 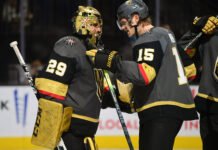 What Does it Take to Become an NHL Pro? 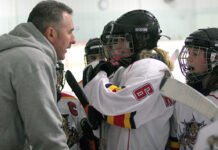 Coaches: We Need You & You’re Appreciated!