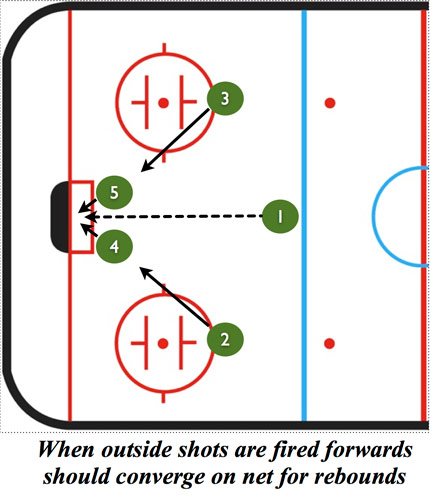 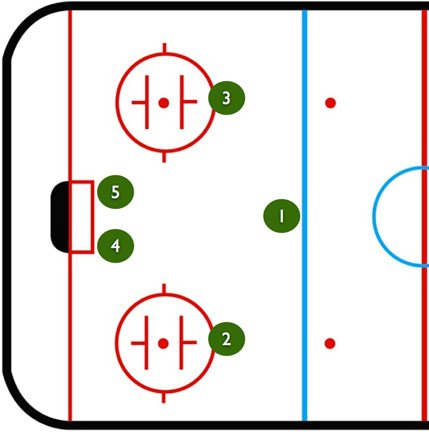 The Umbrella power play is a slightly more advanced power-play system that is commonly used in higher levels of hockey. The main objective of this system is to move the puck quickly across the ice in order to draw the goalie to one side of the ice and then fire from the other. Because this formation provides little in the way of defense, be mindful that the worst thing you can do in this formation is bounce a shot off a defender. So make sure every shot on net gets there.

Player 1 will be the anchor of this play, and because he or she is centrally positioned it is not all that important whether they shoot right or left handed. Player 1 should have good hands and a strong, quick shot. Your team needs to be certain whoever is assuming this position is one of your strongest skaters, one who will be able to back-check on defense if the play goes awry. 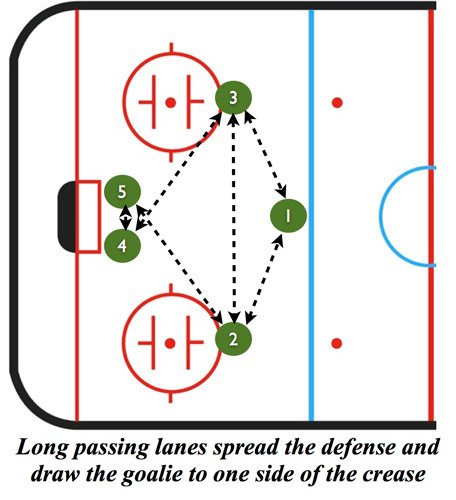 Players 4 and 5 are going to be your stronger presences on the ice, holding their positions to screen the net minder, deflecting and redirecting shots, and digging in for rebounds. Keep in mind that while your bigger players usually post up in front of the crease, the umbrella formation is going to require them to chase pucks into the corners and along the boards in order to retain possession of the puck. If your grittier players who are in deep are not the strongest skaters and puck carriers, your team may want to opt for a different power-play system. 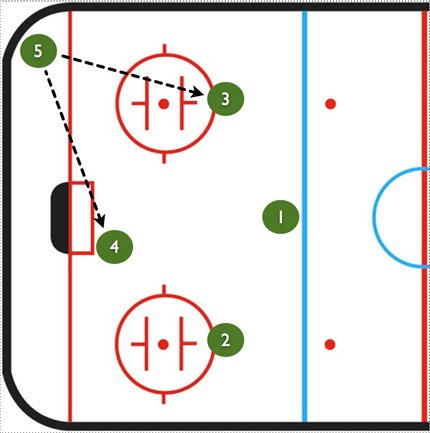 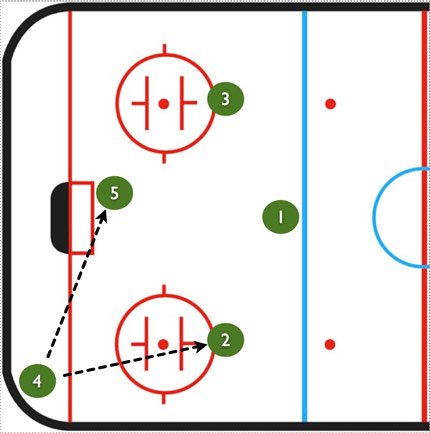 The play starts with Player 1, who controls the puck while the rest of the unit moves into position. Player 1 can move the puck to Players 2 or 3, who can then take the shot, work the puck back or feed it to Player s 4 or 5 for a one-timer or redirection on net. Players 4 and 5 should be ready to crash the net for rebounds. Players 2 and 3 should converge on the net as well, while staying mindful of high rebounds and ready to turn around defensively if the defense gains control of the puck.

Again, this formation allows for a very slim margin of error because you only have one high-point-player. The defending team will likely collapse down low in front of the net, so all passes and shots in the lane should be hard and accurate. If your team’s power play is simply “putting it on net,” this may not be the best setup because of the potential for a blocked shot to turn into an odd-man rush into your zone. 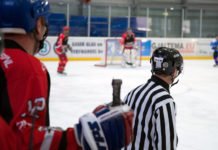