Enforcing team rules can be tricky

I am not a big fan of team rules. I am more of a team guidelines kind of coach. But there is one of my team rules that I absolutely will not bend on. I make it very clear with my athletes that, unless instructed to by me, there will be no talking to referees. And, if anyone gets a penalty for unsportsmanlike conduct because they were talking to a referee, they will immediately go to the dressing room for, at the very least, the remainder of the game.

We now live in a society that seems to be very comfortable with pushing back against authority, leadership and, more personally, us as coaches. I have had parents of athletes write five-page documents, citing association and league bylaws, to argue that the week-long suspension I gave to their athlete was “unconstitutional.” Never mind that the one-week suspension was the best thing for my team and that player; and, as a leader, I was comfortable with and willing to stand by my decision. Often athletes—and by extension their parents—only see things through a selfish “it’s all about me” lens, which I totally understand but at the same time need to be aware of.

A terrific study of coaching is the book Season on the Brink by John Feinstein. One of the most prolific sports authors of all time (and famous for one of the best books on golf, A Good Walk Spoiled), Feinstein spends and writes about the entire 1985-86 season with legendary basketball coach Bobby Knight and the University of Indiana Hoosiers. An all-access account of the year, we get to see how a revered but controversial coach navigates the choppy waters of NCAA basketball and coaching student athletes to be their best, both on and off the court.

One of Coach Knight’s best quotes is, “Don’t make rules, because if you do, you have to treat the good kid exactly the way you treat the bad kid.” Knight goes on to explain that circumstances are different for every athlete in your charge, and it’s much better to deal with situations as they arise rather than have blanket rules that are hard and fast, thereby being fairly inflexible.

When most coaches talk about playing time the line “fair doesn’t mean equal” is often heard. In many ways this is true as well when it comes to team expectations, team discipline and sometimes the consequences that go along with it. Often, what coaches need to be able to do is to step in, exert their leadership skills and position on a situation, and make corrections as needed.

Be Open and Direct

Here are three examples of how a coach can take charge of a bad situation rather than just make blanket team rules that affect the entire team:

1) A certain player has been spending an inordinate amount of time at the local skateboard park. As a coach you see not enough time spent at homework, late nights and a concern about influences that are rumored to be hanging out at the park late at night. The easy way to solve the problem is to enforce a “No Skateboarding” rule for your team. But what really needs to happen is an open and direct conversation with this certain athlete (and possibly their family).

2) A number of athletes on your team enjoy having sleepovers on Friday nights before your regular Saturday home games.  However, the players who go to one particular home end up getting to bed very late and have difficulty playing with any intensity or focus the next day. As a coach, the easy way to solve the problem is to enforce a “No Sleepovers” rule. But what really needs to happen is an open and direct conversation with the host athlete of the disruptive sleepovers (and possibly their family).

3) You have asked your athletes to arrive at the rink 45 minutes before games and practices but one of your players is continually arriving 20 minutes late, often missing important information and the team warm up. As a coach, the easy way to solve the problem is to enforce an “Arrive Late, Don’t Dress” policy for the entire team. But what really needs to happen is an open and honest conversation with the offending player (and possibly their family) with the hope of finding a solution to the problem.

So, as a leader of my team community, I need to be comfortable with telling my skateboarder that staying late at the skateboard park is not acceptable and if it continues, there will be consequences. I will not issue a team-wide skateboarding ban to easily solve the problem.

As a leader of my team community, I need to be comfortable dealing with my disruptive sleepover household and be clear about possible consequences. I will not make a team-wide sleepover ban to easily solve the problem.

As a leader of my team community, I need to be comfortable telling my continually late athlete that not being on time is unacceptable and that there will be consequences in the future. I will not subject the entire team to a “no playing if you are late” policy to easily solve the problem. That’s not how enforcement of team rules should work.

At the core, all of your athletes are different; they come from different families and have varied situations. A coach must embrace the idea that fair is not always equal and, by extension, we need to deal with issues as they arise head on—whether that means dealing with one athlete or, if more appropriate, with the entire team. 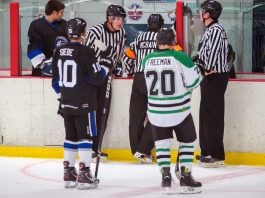 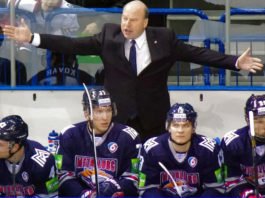 Inside the NHL: Mike Keenan 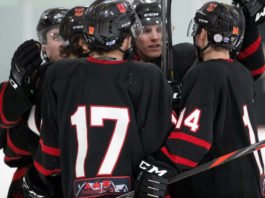 Never Underestimate the Power of a Teammate