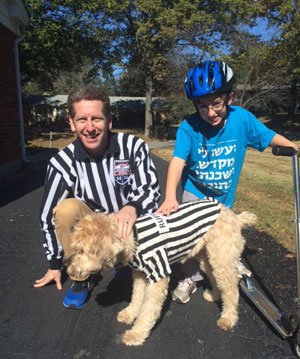 After reading the article online at CrossIceHockey.com on “Benders,” the TV series that appeared on IFC about beer league hockey, I remarked, “They should make a series about being a hockey referee. We see some crazy stuff during Beer League games.” And so, here are some of my favorite and not-so-favorite stories. (Please note the names, dates and locations have been omitted to protect the identity of the innocent and not so innocent.)

As a bit of background, I have played my share of beer league hockey over the past 20+ years and started reffing about 12 years ago. Last season I gave up my playing days due to losing my day job in advertising (anyone need a marketing plan or website?) and cutting back on nonessential activities for budgetary reasons. This actually allowed me to transition full time to officiating and bringing in some decent money. (“Decent money” means having a bit of extra cash to sneak in a meal at Sonic Burger, without telling my wife.) I want to be very clear about this: I ref for the love of the game, being on the ice, and for the camaraderie shared with my fellow officials. Plus, it gets me out of the house away from my screaming boys (ages 9 and 6). So being on the ice is my quiet time.

During my time on the ice as an official, I’ve seen many occurrences of wonderful sportsmanship between players of all age groups. On the other hand, there have been many situations where I’ve wondered, “What the heck just happened, and did I really just see that?”

Who Knows the Rules Better: You or Me?

Beer league players do not know the rules—especially the lower level ones and those new to the sport. One of the common areas of confusion is face-off locations. After a penalty the face off does not move down to the offending team’s defensive zone; it’s the spot where play has stopped or moved out to the neutral zone if the offending team was in the offensive zone. (Remember, this isn’t the NHL.)

Which brings me to another topic. The beer leagues are not governed by the NHL rulebook. The vast majority affiliate with USA Hockey and utilize USA Hockey rules. Hockey North America is another widely popular adult organization that uses its own rulebook, but it is very similar to USA Hockey. As certified officials, we go through annual training and must pass both closed- and open-book tests in order to be re-certified. We have studied the rulebook; I would venture a guess that most players have not. Don’t try to argue the finer points of the rules with officials; you’re not going to win.

Something Smells Out Here!

There just seems to be something different about goalies. (Maybe it’s from all the pucks they have taken off the head over the years.) There was once a goalie in an upper division that left his equipment in his bag, never cleaning or airing it out. You could smell him from the other side of the ice. It was so bad, by the middle of the first period I wouldn’t dare skate into his defensive zone! I made all my calls from the blue line, and I held my breath when I had to drop the puck around him.

Maybe he did it on purpose, to keep opposing players away from him. Maybe he just didn’t feel like carrying in his equipment bag late at night after his games. Or maybe his significant other laid down the law and said his gear was not allowed in the house ever again. I don’t know, and luckily, I have not had the joy of experiencing anything like that again.

Are You Adults or Mites?

Working low-level adult games can be mentally exhausting. Not because they sometimes get out of hand and we have to call tons of penalties, but because we have to put up with adults acting like little kids.

There was one game where a new team in the league showed with several equipment and uniform issues even before starting the game. I swear, they needed their mothers (or significant others) at the game to get them dressed! Here is what we had to deal with:

Work enough adult games and you are going to end up calling game misconduct penalties and, unfortunately, match penalties. These calls generally tend to be for fighting or players being stupid. In the 12 years I have been officiating, I’ve called two match penalties. Both times involved players making racial or ethnic and threatening remarks to me. I have never feared for my safety while on the ice as an official. However, when a player combines those types of remarks, they are going to get the book thrown at them. There is no place in the game, at any level, for remarks like that.

Back in my early days of officiating in Chicago, there was a very well-developed women’s hockey league that featured a number of divisions. The upper levels had some pretty good hockey, made up of college club teams.

The lower levels, on the other hand, were similar to squirt. The majority of those players were moms or wives who wanted to see what playing hockey was like. They were good games to work as they did not tend to get stupid like in the men’s leagues (and they actually paid us on the spot, which was a bonus). Most of the time they would apologize for running into each other. It was sportsmanship at its best. After the games, they would go out for beers and sometimes we would be invited to join them. (I know, refs are not supposed to fraternize with players, but I actually knew a number of them from off-ice. So I did not feel like I was crossing any lines.)

The downside to the higher-level games was that players tended to use their sticks a bit more for non-puck play. They had no second thought about whacking opponents across the wrist or hips to slow them down. They also could chirp with the best of the NHL players. I heard a number of one-liners that if their parents were around, they would take them by the ear and wash their mouths out with soap.

One of my favorite episodes was during a playoff game, where I ended up calling a number of penalties in a row on one team. While I was assessing a penalty, one of their teammates on the bench said, “Wow, the other team must have performed sexual favors on this ref before the game to get so many calls!” I could not help but laugh, and then I called an unsportsmanlike penalty on the loudmouth.

I was not invited for beers by either team after that game.

Bob Cohen grew up in Indianapolis, where he found his love of hockey by following the Indianapolis Racers. He later moved to Chicago to start his career in advertising and playing beer league ice hockey, which is where his affection for the Chicago Blackhawks blossomed. Cohen later settled in St Louis, where he lives with his wife, two young sons, and an old dog he named Giuseppe Ice Cream Cohen. As a hockey referee, he strives to get the puck flat on face-offs and the call right as much as possible.