Since hockey is played on ice, naturally, the best way to practice the sport in the off-season would be on ice. That is not always feasible, however, with the high cost of maintaining an ice rink, so Xtraice Home is offering a solution.

The company, which has existed for 15 years, recently developed synthetic ice specifically crafted for hockey training. Initially, the company focused on building outdoor community ice rinks for skating, but it recently has decided to enter the hockey market. The firm’s objective is to put out a product to allow skaters to train year round and become the best players they can become.

“Being able to train on your skates is the biggest thing here, specifically skills training,” Xtraice Home product manager Kevin Whalen said. “That’s what we’re focused on. We feel like in hockey compared to other sports, there’s limited time for skills training, especially on skates. That’s where our product erected. It gives you an opportunity to get work in on skates.”

Although the product went on sale to the public only in late September, so far it has been licensed by USA Hockey. Meanwhile, Florida Panthers defenseman and 2014 NHL first-overall draft pick, Aaron Ekblad, reached out to the company specifically to request the product.

“Every time we have brought it somewhere, we have gotten unbelievable feedback,” Whalen says. “When we had meetings, we’d bring in a pallet of our surface and we wound up spending two hours with guys dressing up, getting goalies and playing on it. They wanted to grab their sticks and pucks and play small games on it. Seeing how people in the hockey world respond to it is really cool.”

Whalen, who hails from New York and graduated from Boston University in 2002, grew up playing hockey and said his prior experience with synthetic ice was not a positive one.

“In general, synthetic has come a long way in a short time,” he says. “I remember growing up training on it and I thought it was terrible.”

Xtraice Home prides itself on being different than even other modern synthetic ice products. For starters, Xtraice is self-lubricated, which Whalen says leads to a smoother and less-resistant training surface.

“We use a very different manufacturing process, which is why our product is a little more expensive and a very dense product,” Whalen explains. “If you pick up a product of a similar size, it would be a lot lighter. The reason we do that is it gives it a very long product life and it allows us to build that lubrication in.”

Xtraice manufactures a one-size panel (19 inches x 46 inches; a half-inch thick). Customers can go to the store and pick up as many panels as they need to fit in the space they have. Hockey players now can have 24/7 access to the product at their own homes. Their website provides detailed instructions on how you can design your own surface, suited to your specific needs.

“We’re working on something that’s an essential tool for anyone who loves the game,” Whalen says. “It’s a new product, so we want it to be something that helps players be the best player possible. We want the players to love the game and dedicate more time to it. Everyone who loves the game should have a small surface in their garage for training.”

Synthetic ice in general has a greater resistance than ice itself—one reason why synthetic has not overtaken ice in popularity like turf has overtaken grass in football, soccer, field hockey and lacrosse to become an in-game surface. While teams might not be playing 60-minute games on synthetic ice any time soon, the surface provides consumers with an experience more similar to ice hockey training than street hockey. Plus, one benefit of resistance is that it helps players build power, which can equate to speed on actual ice in game action.

“Doing the skills training in sneakers is totally different than on the ice,’ says Whalen. “It’s got all different angles, heights and lengths and all that. This is why you want to be in game conditions. It does have just a little more resistance than the ice does, yes, so of course you can tire yourself out on it quicker.”

In order to keep the surface clean, consumers will not need to keep their own Zamboni at home. Instead, they can use a vacuum cleaner or a broom on their surface to keep the product intact.

As of early October 2017, Xtraice Home’s products were available in 20 stores across 13 states, as well as online at xtraicehome.com. Their blog is regularly updated with new videos in their Home Training series, which is intended to give players drills to do on their home turf.

See it in action here! 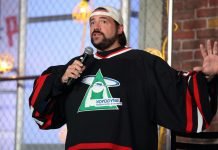 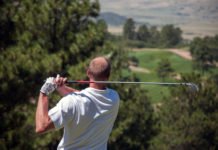