It’s happened again. You look down at your skates in deflation. Your teammates throw their heads up to the sky, slam their sticks in overdramatic frustration, scream expletives—anything they can do to display the utmost disgust at the event that just unfolded. Your goalie has committed the biggest blunder a person in his skates could ever commit: the soft goal. They allowed a puck to get by them. A shot you knew you could stop with your eyes closed.

I’ve been on both sides of this tragic moment many times already in my double-sided career (6 years as a goalie, 14 years as a forward), and let me tell you, it’s ugly. The reactions are just as cringe worthy, if not more than the observations that spurned them.

Here’s an excerpt from some locker room talk I heard this past season after our goalie came up with a 42-save WINNING effort. It turned my stomach and made me want to scream the contents of this article into the offender’s ignorant ears:

“I’ve been playing this game 25 years and I know a soft goal when I see one.”

Yes, there is such a thing as a bad goal. A mental lapse, a poor decision, a lack of effort that’s come to take its toll. It happens to goalies just like it happens to you. You remember that slow-moving, perfectly accurate pass in the slot that just eluded your bumbling one-time swing? How about that puck coming perfectly up the boards, to YOU at the point, that you couldn’t keep in the zone due to over anxiety and is now headed towards your goalie in the form of a breakaway? These mistakes will be forgotten by the team, as long as the goalie turns in a perfect (or near-perfect) performance.

What happens if that same puck that got by the trigger-happy shooter and the nervous point-man ends up dribbling through the goalie’s legs for a “soft” goal? Does the forward get yelled at? Does the D-man get scorned? None of the above. The poor goalie, who, shortly prior, watched his team crumble before his eyes, takes the blame for all events that led to the increase in score for the other team.

You don’t know that the tipped shot that entered the net at 2 miles an hour actually works like a brand-new shot, heading for a different corner of the net and originating 3 inches in front of your face, giving you 0 seconds to react. On the bench, you probably didn’t even see the tip and you still feel the need to scream at your goalie for a goal that barely reached the back of the net.

You don’t know that the blast that came unscreened and “trickled in” actually hit the goalie, who was in perfect position and had moved his padding to the side on its way in. Goalie pads aren’t made of titanium. They bend and give and the harder the shot, the better the chance that the puck continues on its course to the back of the net.

What about the classics? Another unscreened shot that the shooter partially whiffs on, and it’s headed right at the goalie at a “stoppable” speed. If the change-up was so hittable, why do major-league pitchers still employ the tactic to this day? Truth is, most shots are coming in as hard as the shooters can possibly fire them. The one that comes in at one-tenth the speed is hard as hell to stop, but it sure does make the goalie look foolish when he fails to do so.
[td_block_ad_box spot_id=”custom_ad_3″]

Let’s say the goalie IS screened. It’s basically a 50/50 chance the puck will hit him for a save or evade him for a goal. How can you stop what you can’t see? But you can certainly complain about what you can’t see… “She didn’t look screened to me…”

Or, how about those five-hole goals? Some old-school hockey purists claim that ANY shot that goes in through the goalie’s legs is a soft goal. I myself will tell you that any person who spews such bull needs to talk to a few goalies, and get more in touch with the game they love and claim to know so much about. It is no easier to stop a five-hole shot than it is stopping one that’s headed to the glove, blocker, or any other region. The closer the shooter gets, the more impossible the five-hole save becomes. There’s simply no time to do anything to stop it. It’s the product of good aim and impeccable timing, and good five-hole shots are great plays in hockey.

I realize this discussion will come off as more of a rant than an anthem, and I can’t do anything to change that. Goalies have always been, and will always be in the minority. What I can do is try and defend those brave few souls who risk their physical and mental condition to be puck stoppers. I salute you. When you make mistakes, I am the first one to skate up and tell you it will be alright, just keep your head in it and keep us in this game.

YOU are the difference. A goalie’s confidence is the masonry that builds the so-called “brick walls” we all wish for. You say one word to denigrate that goalie, to make him or her feel anything less than perfect, and they’re one step closer to the next soft goal. I bestow that responsibility on all of you forwards, defensemen, coaches, parents, and spectators, from here on out. Can you be perfect? 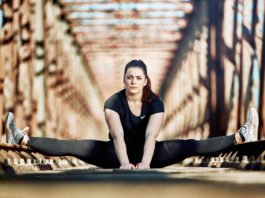 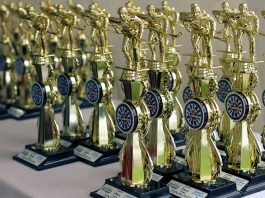 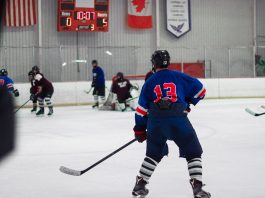 What Kind of Defenseman are You?