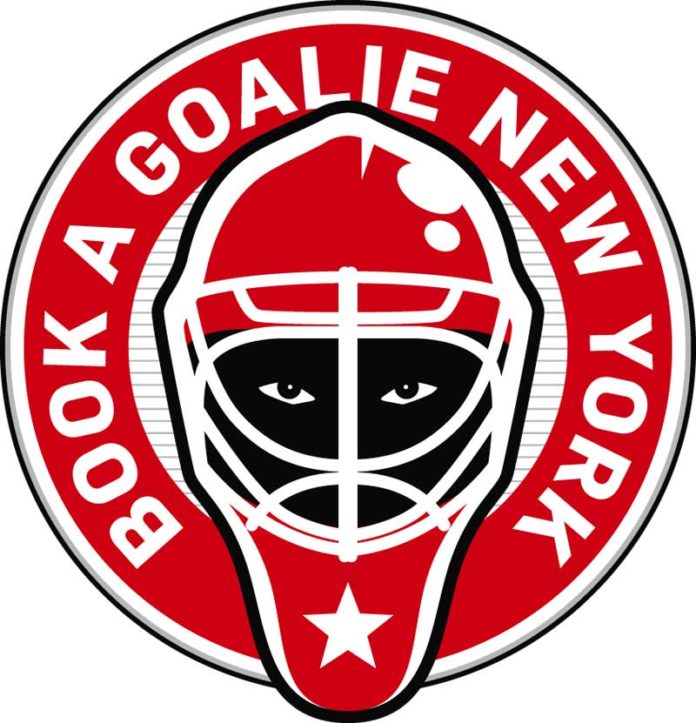 Finally a solution to the No-Goalie, No-Game dilemma

As any hockey player knows, without a goaltender present for each team there is no game. Plain and simple. In the New York area, goalies can be especially scarce and—let’s face it—dragging all that goalie equipment on trains or paying for parking is a pain in the you-know-what.

That’s where Book a Goalie New York comes in.

There’s no doubt that hockey participation is on the rise in the U.S. In fact, according to USA Hockey membership has increased 20 percent in the last decade alone, and the United States is second only to Canada in the number of registered players.

With Book a Goalie New York, area teams now have access to the type of professional goaltender-booking service that’s commonplace in Canada. Launched in New York by Ian Peters, a native Canadian and goalie himself, the service acts as matchmaker between teams in need and goalies who want to play.

How Does it Work?

Book A Goalie New York maintains a large database of qualified goalies that are ready to play across the New York tri-state area (New York, New Jersey, and Connecticut). Once a request is received from a team in search of a goaltender, Book A Goalie springs into action to reach out to their entire network to quickly find a match.

Teams pay $70 per game or hour-long shinny—which is about $5 per player or less, depending on the number of players (additional fees apply for especially late notice or graveyard-shift games). And goalies are compensated on a sliding scale, based on their seniority on the Book A Goalie roster. We’re sure you’ll agree it’s a small price to pay not to forfeit your game or turn it into a scrimmage.

With Book A Goalie New York, teams can still play if they lack a regular goalie or their team member is unavailable. Goalies, meanwhile, are reimbursed for their transportation or parking expenses and essentially get paid to play the sport they love.

“I’m a goalie myself, so I know how expensive it can be to get to games and how complicated it is to connect teams in need with players ready to take the ice,” says Peters. “As a huge fan of the game, I’m proud that Book A Goalie New York solves both dilemmas, economically and efficiently. Game on!”

Originally launched in Toronto, Book A Goalie New York is now the premier resource for not only ice hockey teams and goalies, but for inline/roller hockey and ball hockey players as well.

If you live in the New York area and have a team that is in need of a goalie (or are a goalie looking to sign up for a team), visit the Book a Goalie website. Or email Ian Peters at [email protected].