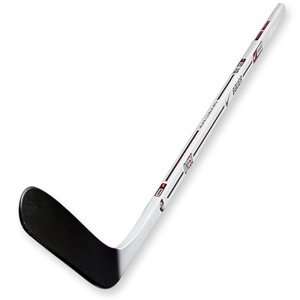 I still remember my introduction to hockey. It was in 1967 and I was about 8 years old. A neighbor was going to the local sporting goods store to buy a bunch of hockey sticks for those who were willing to fork over the money. I had to come up with $4; not an easy task back then as there wasn’t much employment available for 8-year-olds.

In those days, the popular method of revenue was to turn in empty soda bottles for a nickel each. Do the math and that means you would need to turn in 80 bottles for the cost of one hockey stick. Obviously, it would have taken me a considerable amount of time to acquire those 80 bottles, but my parents were willing to provide the funding. I anxiously awaited the arrival of my first hockey stick. It was a Northlands, midget size, which today would probably come up to my waist (which unfortunately is no longer midget-sized. But that’s a topic for another story).

The medium for my intro to hockey was not ice but concrete. As a kid in Brooklyn, N.Y., ice hockey was not an especially popular game as so many other sports ruled—football, basketball and baseball were the norm, along with any game you could play with a “Spaldeen” the pink, high-bounce ball. Those games included handball (American or “Chinese”), stoop ball, hit the penny, asses up, S.P.U.D. and, yes, even foot hockey, as the ball became the puck of choice. As the game would be played on concrete (asphalt was not yet widely in use) we wanted to somehow protect our investments. Someone had a roll of black friction tape and we all proceeded to tape our sticks, attempting to mimic the way we saw the pros do it on our black-and-white TVs.

We chose up sides, prepared some makeshift goals—garbage cans if my now-50-something memory serves me correctly. Then the game began with a face-off. The ball was placed in the middle of the yard and the two players designated as centers on the opposing sides would battle for the puck. “One-a-hockey, two-a-hockey, three-a-hockey, go!” and the mad scramble would begin.

I don’t recall the exact events of what ensued but shortly thereafter, I was holding less than 100% of my stick. The remaining percentage was now elsewhere, no longer attached to the part I was still holding onto, white knuckles notwithstanding. Of course, I did what any 8-year-old would do if his prized possession was shattered: I cried and cried. Being among the youngest players, the older ones did their best to try to console me. I recall one of them telling me that someone he knew once broke five sticks in one game. That seemed to get my attention and the crying stopped, but I was still minus a usable stick. My older brother, always looking out for me, was willing to share his stick and so my hockey career would continue.

Today, I play with similar, albeit taller, wooden sticks. I don’t think Northland is still in business so I have resorted to using the Koho brand. Although my first stick cost $4 some 45 years ago, the average price of the sticks I use is now between $15 and $20. I believe the money I paid back then, adjusted for inflation, would far exceed the $15-$20. I laugh when teammates and opponents boast that they paid only $150 dollars (!) for a stick that is made of some composite material and weighs about 42 grams. Rest assured, if I ever used one of those pricey sticks and broke it, I would cry just like that 8-year-old did back then.

Fred Sommer is a lifelong hockey addict. He also repairs and customizes hockey equipment as a hobby. You can reach him at [email protected] Got a story you’d like to share? Speak your mind and post your comment below!