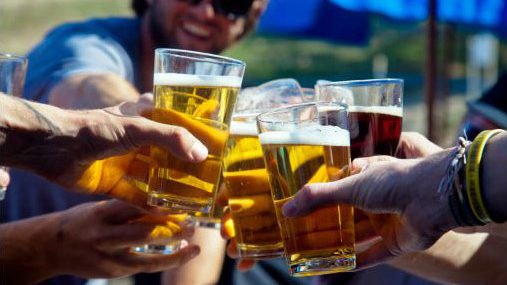 As beer league hockey players, we can all agree that the beer we guzzle after the game is sometimes just as important as the hockey itself. But have you ever really thought about what’s in your beer? You’ll be shocked to learn that there’s more to it than just barley and hops.

When you reach for that beer, did you know that until recently you might end up with a mouthful of fish guts? Lately there’s been mounting pressure on beer makers to divulge the ingredients of their products. Food blogger Vani Hari (the “Food Babe”) has already pushed Anheuser-Busch—maker of Budweiser and Bud Light beers—to reveal the ingredients in its products. Not to worry: you’ll mostly find water, barley malt, rice, yeast and hops. Nevertheless, Hari as well as other researchers and consumer groups argue that many beers contain some additional ingredients that are somewhat less than appealing.

Below, a few of those “extras” you’d never imagine could be found in some of your favorite brews:

Here’s something else to think about when considering the ingredients in your beer. Apparently, the collagen culled from fish guts—specifically, what’s known as the “swim bladder”—was used as a clarifying agent in beer. Although it may not necessarily affect the taste, it could result in a beer being a bit, shall we say, less than vegetarian or vegan-friendly. That’s why many vegetarians and vegans choose German beers, as those must adhere to the country’s beer “purity laws.”

It turns out that cochineal beetles are crushed to produce a red dye that can be used to color beer (needless to say, another topic of discussion for vegetarians and vegans). It should be noted that some individuals have severe allergic reactions to food products that contain this additive.

A popular coloring agent found in many varieties of soft drinks, caramel coloring can also be used in beer. Blogger Hari says it’s troublesome because “it is a carcinogen proven to cause liver tumors, lung tumors and thyroid tumors in rats and mice.” With that, she states that most beers usually get their color from toasted barley.

One ingredient is also found in products such as
e-cigarettes,
veterinary meds and—
no joke—antifreeze

In order to make alcohol, something with sugar in it must be fermented; with beer, it’s usually malted barley. Some brewers have been found to add corn—GMO (Genetically Modified Organisms) corn, specifically—to aid the process. In any case, experts say this is no cause for alarm since after the fermentation takes place the original corn grain is removed from the beer. Therefore, GMO corn is not considered an ingredient in the final product.

If you’re like most beer drinkers, the foamy head you see at the top of your glass is what it’s all about. But many beer makers add propylene glycol, which is often used as a foam stabilizer. You might be surprised to know that this substance also finds its way into such products as electronic cigarettes, medicines prescribed by veterinarians, and—no joke—antifreeze. Regardless, the FDA has determined that the compound can be ingested over long periods of time and in substantial quantities, without causing serious toxic effects.

These days, with the focus on organic and non-GMO food products, it’s likely you have less to worry about when it comes to what’s in your beer. The main thing is getting home safely. 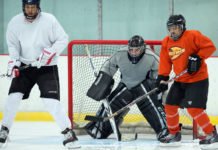 Getting Older and Still Playing Hockey? 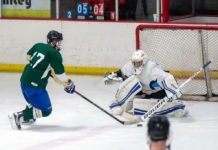