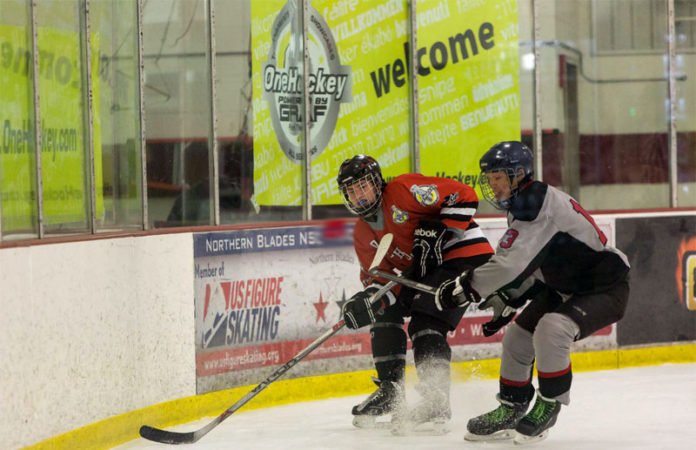 Already recognized worldwide as the source for the most well-organized and entertaining youth hockey tournaments the industry has to offer, OneHockey attempted to set an official world record for hosting the largest tournament ever. It’s one that undoubtedly set it apart from the rest of the sporting world.

OneHockey partnered with the Michigan Amateur Hockey Association to host this awe-inspiring youth hockey tournament. Scheduled to run from December 27-30, 2018, the Holiday Invite 2018 was an unprecedented four-day event that was set to feature as many as 1,000 teams in both boys’ and girls’ divisions, and was estimated to number more than 18,000 players from 10 countries, squaring off on more than 75 sheets of ice throughout the state.

The Records Management Team from Guinness World Records has officially recognized the Holiday Invite 2018 in its attempt to top the current tournament record, which was set at the 37th Annual Minor Hockey Week Tournament in Calgary in January 2007. (That tourney featured 664 teams comprised of 10,992 players, competing in 957 games on 42 sheets of ice. The OneHockey Holiday Invite 2018 was expected to shatter each of those marks.)

OneHockey Holiday Invite 2018—By the Numbers

“Many will ask how can you host a tournament on 75-plus sheets of ice,” said Shaun Lund, OneHockey’s vice president. “OneHockey is known to host the most entertaining and well-organized tournaments in the world. This tournament will be no different. The OneHockey tournament—experience, atmosphere, decoration, music, etc.—will be present at every ice arena.”

OneHockey selected the Great Lakes state to attempt a world record-setting event as a way to give back to the Michigan Amateur Hockey Association and help grow the sport in the state. “Several thousand dollars in proceeds will be donated to the MAHA,” says Sebastien Fortier, OneHockey’s chief executive officer. “Michigan has been going through hard economic times over the past few years, and we are so glad to give back to the state’s youth” he says. “Much of the proceeds from this tournament will be donated to Michigan Amateur Hockey to help build the sport.”

George Atkinson, president of MAHA, agrees that Michigan, with its 125 arenas and love for the sport, is an excellent choice for OneHockey to attempt to set the record for the largest tournament ever.

“It will be so exciting for these hockey teams to be part of a Guinness World Record,” said Atkinson. “What an accomplishment. This would be any player’s dream, and there’s no better place to do that than in Michigan.

“Michigan is right behind Minnesota hockey, as far as having the most hockey players,” Atkinson said. “This is a dream of a tournament in size and magnitude for our state and association.”

For more information on this youth hockey tournament, visit the OneHockey website.