Bringing the thrill of the game to those with special needs

The New York Raptors are part of a special ice hockey program designed to bring the excitement of hockey to those with special needs and of all abilities. Special hockey is unique in that it is open to children and adults with developmental and other disabilities, who are unable or ineligible to participate in other organized hockey programs due to their disabilities. It’s clearly obvious that the players’ disabilities do not affect their ability to play good hockey and have a great time. The enthusiasm and dedication—of both players and coaches—is unmatched by anything else.

The Raptors came into existence in 1996, when Mike Dwyer, then the British Consul in New York, moved to suburban Westchester County, NY, from Toronto, where his son had been playing on the Toronto Grand Ravine Tornadoes, a special hockey team. At that time there were no organized league sports for children with disabilities in the area, so Dwyer decided to create one. With a little help from the press and the local BOCES office, history was made. And in that year, the group received a special grant from the New York Rangers.

The Raptors is only one of about 50 US teams affiliated with Special Hockey International and the USA Hockey/American Special Hockey Association. The team skates at the Westchester Skating Academy in Elmsford, NY, on Sunday afternoons in the fall and winter. Players on the Raptors and their families are extremely grateful to a dedicated group of volunteer coaches, including many assistant coaches from local high school teams. Each year, the team hosts a Thanksgiving tournament and they travel to several other tournaments throughout the season.

Now in its fourth year, the Raptors’ Hockey North America Winter Classic will be holding its annual game on Saturday, March 5, 2016, at the Playland Ice Casino in Rye, NY. The opening ceremony begins at 1:30pm, and the fun continues until 5:30pm. Last year they managed to raise $12,000, and this year the group is shooting for $15,000. Thanks to the generosity and support of their many sponsors, donors, and volunteers, the New York Raptors organization can continue to enhance their program. For one, Hockey North America, an international recreational hockey league [and one that I myself play in], graciously provides items for auction.

According to Steve Grossman, who along with Suzy Weiner is co-vice president of the group, “the Raptors are more than a team—we are a family. Children and young adults with special needs make up this incredible hockey team. Because of its great success and the outpouring of support and generosity of our sponsors, we have been able to enhance the program to include clinics as well as an annual Team Building Day, which entails spending time off the ice exploring what it means to be a part of a team.”

The New York Raptors is a 501 (c), not-for-profit organization. All proceeds they receive through player fees, donations, and fundraising events helps to cover equipment costs, ice time, as well as travel expenses for tournaments and scholarship programs. For more information visit their website www.nyraptors.org

Warren Tabachnick is the editor & publisher of CrossIceHockey.com. He along with his teammates of the NY Ants are proud to have been invited to participate in the 2016 Hockey North America Winter Classic. 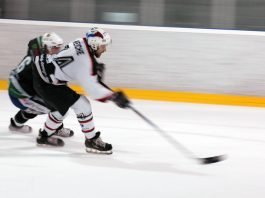 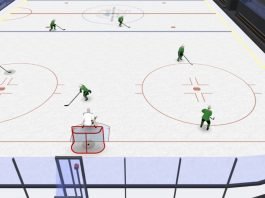 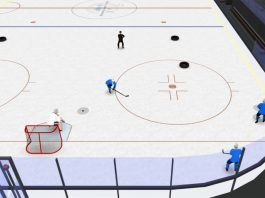