“After football, hockey is the sport that produces the highest rate of concussion,” said Dr. Stefan M. Duma. He addressed a recent conference of scientists and engineers, who gathered to seek ways to improve the safety of hockey helmets by instituting a rating system that measures a brand and particular model’s effectiveness. Dr. Duma is a Virginia Tech professor and the head of the university’s biomedical engineering department. “We want to produce a mechanism to try and reduce that risk of concussion.”

The mechanism he referred to is a five-point rating scale known as the STAR system, which the Virginia Tech football team began applying to its helmets in 2011. Virginia Tech biomedical engineering researchers met with scientists and manufacturers of hockey helmets in the summer of 2014 as the university prepared for the fall 2014 release of the Hockey STAR safety ratings for head protection worn by professional and youth hockey players.

Anticipation of the ratings is high, as they will be the first of their kind for hockey, a sport played and closely followed throughout the world including every four years at the Olympics. Research into the ratings thus far has involved two years of lab and rink testing, and analysis led by Stefan Duma, professor and department head, and Steve Rowson, assistant professor, both of the biomedical engineering program within the College of Engineering at Virginia Tech.

It also follows 10 years of safety ratings for football helmets on both the professional and youth levels, marking how helmets help reduce concussions and other head-injury risks for players. Duma and his team recently updated their adult football helmet ratings, designed to identify key differences between the abilities of individual helmets to reduce the risk of concussion. All five of the new adult football helmets released this past spring by manufacturers earned the five-star mark, the highest rating awarded by the Virginia Tech Helmet Ratings™. Duma and his team hope hockey helmets will soon follow suit.

Duma notes that the meeting is designed to “present the science behind the Hockey STAR testing and allow for input from hockey helmet constituents.”

The July 22 event was to include a presentation on Duma’s past work on helmet safety research, as well as the sharing of the methodology of the Hockey-STAR ratings. Sport regulators, helmet manufacturers, and other researchers who work in the field of sports injuries were also expected to attend.

“The testing of hockey helmets incorporates both linear and rotational acceleration into the evaluation system,” said Duma. This will be the first protocol to include both linear and acceleration profiles, which was recommended by the Institute of Medicine’s recent report on concussions. It also marks the first time that Virginia Tech has released testing protocols of sports helmets other than for football. Ratings of youth football, baseball, softball, and lacrosse helmets are expected to follow during the next three years, with annual spring updates of adult football helmet ratings included.

Virginia Tech’s STAR Evaluation System has thus far tested a total 23 football helmet models through the analysis of more than 2,700 laboratory tests, with each helmet being accessed through 120 impact tests. Helmets that better manage the simulated impact energy of a field “hit,” resulting in lower head accelerations and thereby lower concussion risk are awarded with higher rankings.

The researchers are careful to warn that any player in any sport can sustain a concussion, even with the best head protection. “There is no concussion-proof helmet,” said Duma in past reports on helmet ratings. 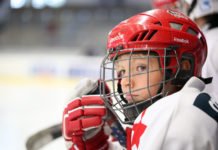 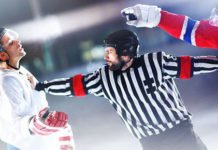 Code of Ethics: Rules of the Game vs Society’s Laws 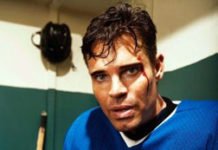