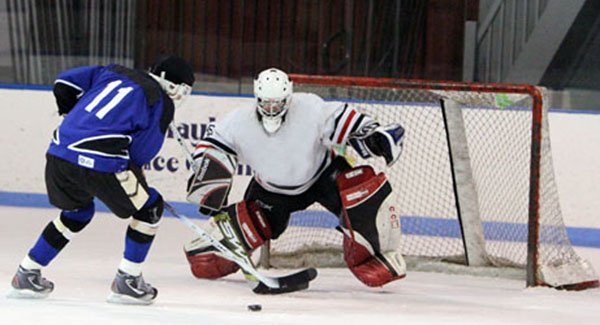 Once he’d grown and had the means, he finally was able to make his hockey dream come true

I fell in love with hockey in the late 1960s/early ’70s. As a kid growing up in Brooklyn, N.Y., before the advent of cable TV one had to rely upon the New York Rangers’ road games being televised on WOR-TV, Channel 9, to get their hockey fix. To supplement that, you had to listen to radio broadcasts.

I can still remember rejoicing at the sound of Pete Stemkowski scoring a Game 6, triple-overtime playoff-winner against the Chicago Blackhawks at Madison Square Garden in 1971. Back then, the Rangers perennially had Stanley Cup-contending teams, with some great players who would one day be inducted into the Hockey Hall of Fame. Vic Hadfield, number 11 and captain of the New York Rangers, was not a Hall of Famer but was my idol nonetheless. Hadfield was the first Ranger ever to score 50 goals in a season. Going into the final regular-season game of the 1971-72 campaign, he needed two more to reach the magical mark of 50 in a 78-game season. He would collect those two goals at home at the Garden against the Montreal Canadiens.

Later that year, on December 9, 1972, I celebrated my Bar Mitzvah. A photographer would capture images of the event. Once they were developed, he delivered photo proofs to my family and me for review and selection for a commemorative album. There was this one picture of me where it appears as if I am deep in thought, and the photographer asked what I might have been dreaming of. Only one thing came to mind—to be a professional hockey player. He then asked who my favorite player was (but you already know the answer to that). When the completed album was delivered to our home, the last page contained that very image of me with a photo of number 11, Vic Hadfield, faded in above my head.

Many years later, in 2001, the gym where I worked out was being shut down due to rising insurance costs and decreasing membership. So I was looking for an activity to replace the workout I got playing roller hockey there. It was now time for me to live my lifelong dream and take up ice hockey. I began by practicing skating at a local rink and met someone there who told me about the rec hockey league I would soon join.

I would be the first on my team to arrive for the opening game of the 2001 summer league with all of my gear. The league provided different-color jerseys to each team, and there was nothing fancy about how they were distributed: Since I arrived there first, I got first crack at reaching into the large, plastic garbage bag to claim one. As destiny would have it, I pulled out a dark, gray jersey with number 11 on the back. Finally, my hockey dream had come true.

In subsequent years, I would play on different summer league teams and would tell this very story. Somehow I’d always earn the right to claim number 11, and have worn it on the winter team I play on (which, by coincidence, the upcoming season will be my 11th). And incredibly, for the past 4-going-on-5 seasons, I have been granted the honor and privilege of wearing the C.

Back in 1972, I never really thought that one day I would actually get to play ice hockey, wear both number 11 on my jersey along with a C, but some dreams really do come true.

Fred Sommer is Manager, R&D Engineer at a large pharmaceutical firm. He is captain of his rec hockey team.