Nothing sucks the fun out of the game more than overbearing parents. The key to happy hockey parents.

The pandemic over the past couple of years has turned the hockey world upside down. So it should come as no surprise that the players are extra motivated to get back on the ice.

Youth hockey is often considered a rite of passage, especially in Canada and many other countries around the world. But nothing sucks the fun out of the game more than overbearing hockey parents who are difficult to deal with.

Now we know most of you parents out there are reasonable, but we also know exactly which ones are not. So as a youth hockey coach, how can you balance the team on the ice with the parents in the stands? Here’s the key to happy hockey parents.

Coaching a youth hockey team definitely takes patience. As a coach you will soon know exactly which parents are easy to deal with, and which parents will be difficult to manage. The first thing you need to keep in mind as the coach is that the players are your first priority. No matter what may be happening off the ice, ensuring that your players are safe and having a fun time on the ice is the most important part of your job. For most parents, if their children are having fun at practices and games, it will be enough to keep the hockey parents happy in the stands as well.

As the coach, strong and effective communication is going to be your main tool. If you can assert yourself early, both players and parents will recognize you as an authority figure on the team. If you let the parents run the show and give in to ice time demands or other complaints, then it is going to be a long and frustrating season for everyone. Communication is your best friend when dealing with players and parents, so utilize it well to let everyone know just who is in charge.

What about positivity? Does anyone want to see the coach of the team arguing with parents—or worse—the players? You’d be surprised at how many problems can be avoided if you just bring a positive outlook to the rink each day. If anything, the players will find you more pleasant to be around and often with young children, they will reflect the energy you are showing. This works with the parents as well. Rather than approaching you in preparation for a confrontation, they will generally approach you in a much more reasonable and level-headed manner.

A lot of parent complaints in youth hockey stem from issues with ice time and position or line concerns. Trust me when I say that a good majority of parents think their kid is the next Auston Matthews at some point in their minor hockey careers. Ice time can be a sensitive subject, especially if you are a coach that has one of your own children on the team. It is an easy comparison for other parents to make, and one that nearly always ends up in allegations of favoritism for your own child.

Coming into the season with an established system helps to relieve parents of having to worry about ice time themselves. This ties back into effective communication, so let both the parents and players know right off the bat what the system is going to be. Maybe some players will switch positions each game, and some will get a chance to try to play on the power play or while shorthanded. And at such a young age, players should be cycling through all of the positions so they can experience which ones they will like and not like for the future.

Structure for the team is key. Implementing a system where everyone gets the same amount of ice time and same number of shifts is crucial to keeping the parents happy. You’d better believe some of them will always be counting the number of shifts their children play. Some parents will complain about the teammates their child is playing with, and some will complain that their child is not on the ice in the last minute of play in a tight game. Is it reasonable? No. Does it happen? All the time.

It may seem like a juggling act, but sometimes the best way to ensure happy hockey parents is to keep their children happy. Put a great effort into getting to know your players, run fun and engaging practices, and always cheer and celebrate with your team. At the end of the day, if the kids love you, there will be much less that parents will have to complain about to you. You just have to know that you will never be able to appease all of the parents. But having the support of the players will go a long way in reducing negativity that comes from the stands.

As a minor/youth hockey coach, your main goal is to ensure your players love the game and have a great time developing their skills on the ice. This often comes with some helpful suggestions from the parents, particularly when it comes to subjects like ice time and line mates.

So are you doomed to feel the wrath of parents every practice and game? Of course not! Establish yourself as the leader both on and off the ice by using clear and effective communication to everyone. Exercise patience with both players and parents, and try to maintain a positive energy at every practice and game.

Finally, put some structure into the team and establish a fair and efficient system from the very start of the season. Make sure that all players and parents know that ice time will be distributed evenly among players, as will revolving through positions.

If you can manage all of these as a coach, we’re certain you will have a fun and complaint-free season with the added bonus of happy hockey parents!

Tim Turk is a frequent contributor to CrossIceHockey.com. He has been an NHL Shooting and Scoring coach for over 25 years, working with organizations like the Montreal Canadiens, Tampa Bay Lightning, Carolina Hurricanes, and Arizona Coyotes, and many National Programs abroad. He also works with minor hockey teams, coaches and players of all ages and levels, specializing in Hockey Shooting, Passing and Puck Protection. For more information visit timturkhockey.com. 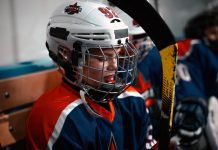