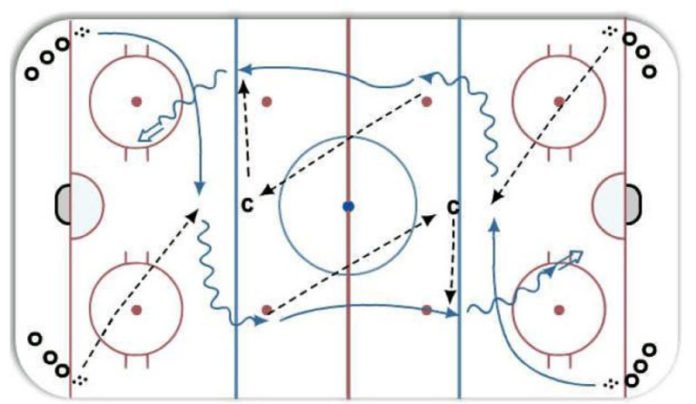 CrossIceHockey.com features hockey drills from some of the leading authorities on the sport of hockey. These drills, such as the Cross Ice Passing Drill, are helpful to rec hockey players of all ages and abilities.

Use a center, or rotate a defenseman as give-and-go passers

Player skates towards the middle; receives a pass from the other line

Turn up the dots, do a give-and-go with the captain/coach (or D-man), then go in on net and shoot

Opposite corners go: Alternate and be sure to switch lines to receive passes on both the forehand and backhand

Set stick target on the ice

As a rec hockey player, you already know that acquiring hockey skills takes a great deal of time and hard work. Better passing requires that you put yourself in situations where crisp passes are demanded. Like anything else, in time, smooth cross ice passing will become second nature to you.

Tim Turk has been an NHL-level skills and shooting coach since 2001. He works with many organizations, teams, coaches, and players of all ages and levels from all over the world.

Tim has worked with the Montreal Canadiens, Tampa Bay Lightning, and Carolina Hurricanes, as well as with many national programs overseas. He continues to work with NHL players while making time for minor league hockey teams and players. For more information visit his website, www.timturkhockey.com. 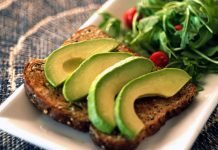