Hockey season is just about here! For us recreational players, now is the time for teams to consider additions or changes to their roster. Naturally, assembling the right mix of players for your hockey team requires a bit of forethought. Of course, this is all a matter of who shows up—both literally and figuratively. This guide will help you to put together a team that gives you the best chance at a winning season.

Line 1: Scoring
Line 2: Scoring
Line 3: Checking (see below)
Line 4: Energy (Note: most rec hockey players disdain having a fourth line as it cuts into their own ice time)

Forwards – Especially in rec league hockey, it’s pretty rare that you’ll have 3 forward lines of exceptional beauties. Most likely you’ll find yourself with a mixture of decent players and what we call tripods. Strive for a balance of talent so that your stronger players support the weaker ones. Make sure each forward player on your team is well aware of their responsibilities while on the ice—maintaining proper position, covering/rushing the point in the D zone, and backchecking.

Defense – With a hockey team, the need for solid defensemen cannot be overemphasized. Backward skating is a plus, but anyone on defense must possess the ability to quickly get back in their zone and hold that line of defense against the attacking team.

Goaltending – Perhaps the most important component of every successful hockey team, you need a goalie that is in great shape—both physically and mentally. Obviously, having one who’s in good condition provides the stamina required to make those tricky saves, but one key trait of a successful goalie that really wins games is one who is in good mental condition. By that, we mean someone who maintains their focus and does not become unraveled by a few goals that slip by. This is critical: Once your opponent sees your goalie having a meltdown, they know they’ve gotten inside his head. And it only goes south from there.

Scoring – Sure, we all want that player who can rush the puck up the ice, zigzagging through traffic to beat the goalie one-on-one. But while winning a hockey game is why most of us show up at the rink at those crazy hours and in all kinds of weather, in the rec leagues we are all there to play. So if your stud skates end-to-end without throwing you some sauce (while you stand there and watch), you and your teammates are bound to get frustrated pretty quickly.

Power Play – If winning a tight game is what you’re counting on, then that stud who rushes the puck end-to-end is your guy (or girl).

Penalty Kill – When your team is down a man, that’s when the “checking line” comes in. In the rec leagues, checking does not mean bodychecking, per se; rather, it’s the practice of smothering the opposition to eliminate scoring against your team. This includes controlling the puck while the clock runs down the penalty, as well as generally wearing down your opponent.

The Locker Room – Last but not least, this without a doubt is the most significant aspect of recreational hockey. It’s where strong bonds are formed, common goals are discussed, and team philosophy is established. From the pre-game pep talk to the post-game beer, if you don’t have a “good” locker room, you probably won’t have much of a team.

What do you consider when putting together the perfect team? Tell us all about it! Share your comment below. 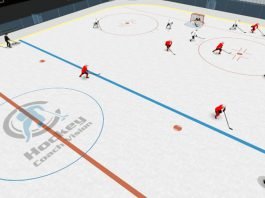 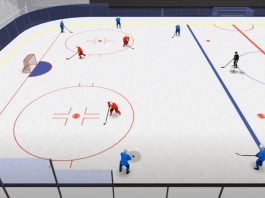 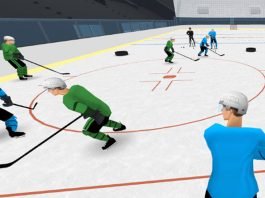