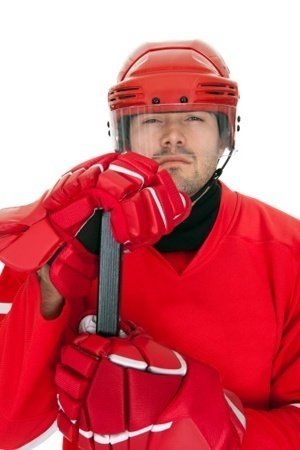 You’ve been bitten by the hockey bug and are ready to take that first big step onto the ice, but you think you can’t because you’re too old, right? Wrong! That couldn’t be further from the truth. In fact, in many ways it may be easier to play hockey as an adult hockey player.

Tying Your Own Skates

For one, you don’t have to rely on your mom or dad to get you to the rink for a game or to tie your skates. For another, you’ve stopped growing (vertically, at least) and so you don’t need to keep buying equipment with each growth spurt. And from my own experience as an adult hockey player, there is usually less pressure to perform and your teammates are generally more supportive.

It goes without saying that ice hockey is a challenging sport, one requiring some basic skills. So before you drop a lot of dough on hockey equipment (never mind the cost of joining a league), bear in mind the most important aspect of the game: the skating. If you already know how to ice skate, you’re halfway there. If not, it’s highly recommended you take skating lessons. Once you feel confident enough that you can stand up, turn, and stop without someone to hold onto, you’re ready to make your next move.

Next step is to do a bit of research to find a league you feel is best for you. Some factors to consider are level of play, distance to the rinks, ice times and, last but not least, cost. Make sure there is a division in the league you’re interested in playing in that matches your abilities and desired level of competition. Ask yourself if the game schedule will fit with your lifestyle. (I can tell you that before I began playing hockey, Sunday evenings were once quiet family time and preparation for the week ahead. But no more! On many a chilly night when most people are curled up on the sofa in front of the TV set, you’ll find me leaving the house on my way to the rink.)

Now it’s time to get the gear. Although good deals on equipment abound, especially online, it’s probably best if you go to a sporting goods store—one that specializes in ice hockey equipment—to be properly fitted. Assuming you’ve already shelled out a few hundred bucks on a pair of skates (hopefully decent ones), expect to spend several hundred more on the rest of the equipment.

In case you don’t already know, you’ll need to get outfitted with the following:

Once you’ve gotten everything together, there’s the league fee. This could range anywhere from $350 to $600 or more a season (20 games, give or take, plus playoffs), and like everything else, the price goes up every year. As if that weren’t enough, some leagues require an outlay of a couple hundred clams for jerseys and socks, both “home” and “away.”

If after everything you’re still determined to play, you’re ready to join the growing ranks of adult recreational hockey players. Oh, and did we mention there’s another benefit to adult rec hockey? When the final buzzer sounds, you’ve earned the right to enjoy that ice-cold beer. After all, you’re old enough! 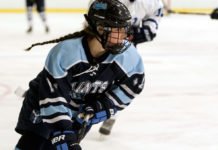