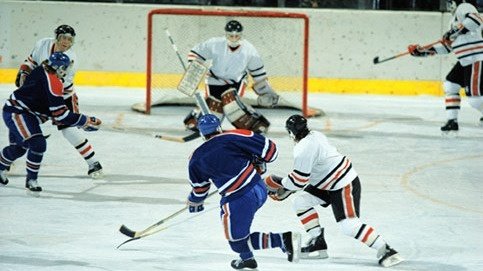 Since I have had the very fortunate opportunity to write columns for a few hockey publications, this particular article on bad hockey habits has been requested by more coaches, players (and in some cases, parents) than any other article—over 100 times! That’s why I decided to rerun this article and add a few additional bad hockey habits that can negatively impact a team’s chances of success.

The dictionary defines the word habit as: “An acquired behavior pattern regularly followed until it has become almost involuntary.” This definition, as it relates to ice hockey, implies that what we do in practice has a direct impact on how we play. That’s why we must pay extra attention to some bad hockey habits that I call “game changers.”

How often in a hockey game have you seen a scramble in front of the net and a crew of puck-hungry players battle for the puck, as the intensity from the crowd starts to build? Moments like these can get pretty crazy and when the battle results in a goal, the crowd can really go wild! Even though these are not the prettiest of goals (often referred to as “garbage goals”), they make up the lion’s share of lamp-lighters. The beginning player needs to create a habit of getting to the net and pouncing on rebounds. Coaches and instructors will often make this part of their pre-game and game-time talk, but do enough coaches and instructors make this part of their practice agendas?

Following shots and attacking the net is a pretty basic hockey tactic, yet time and time again I watch players (at all levels) fly by the net when a teammate takes a shot or after they take a shot themselves. Most of the time they end up curling into the corner or behind the goal line, allowing juicy rebounds to sit there until gobbled up by the opponent. The only way to score on a rebound is to be there; so creating a “Follow, Stop, Jam” habit is critical. Unfortunately, most practice drills that include shooting promote the “fly by” simply because it is not recognized that it’s happening.

For example, I was watching a squirt team practice the other day and they were doing a great half-ice drill that incorporated an open pivot, a direction change, receiving a pass and taking a shot. The coaching staff paid a great deal of attention to the pivots, direction changes, and passing, yet allowed the players to “fly by” the net after EVERY shot! The number of rebounds left untouched far surpassed any other shot result. Although this is just one example of bad hockey habits, this scenario happens all too often. Every time I see it happen during a game, I cringe and can’t help but wonder how many times this player did a fly-by during practice!

In my opinion, most coaches preach “go to the net” during games in an effort to maximize rebound opportunities, but without constant reinforcement of this action during practice (where the most repetitions occur) the likelihood of compliance at game time is drastically reduced. If we refer back to the dictionary’s definition of the word habit, we can easily see how fly-bys in practice can lead to a bad game-time habit. It’s no coincidence that even at the highest levels of the game, the number of goals scored as a result of rebounds makes up the largest percentage of total goals scored (as high as 75%, according to some sources).

This tells us that the most talented and disciplined players on the planet have the Follow, Stop, and Jam habit. With limited space and defensive coverage in front of the net, scoring on a rebound requires good timing, quickness, and strength; you must be strong on your skates and work your way to the puck. Make the Follow, Stop, and Jam a mandatory part of any drill that incorporates shooting (when applicable), and enjoy the additional game-time scoring opportunities that come from forming this good hockey habit. Continue reading